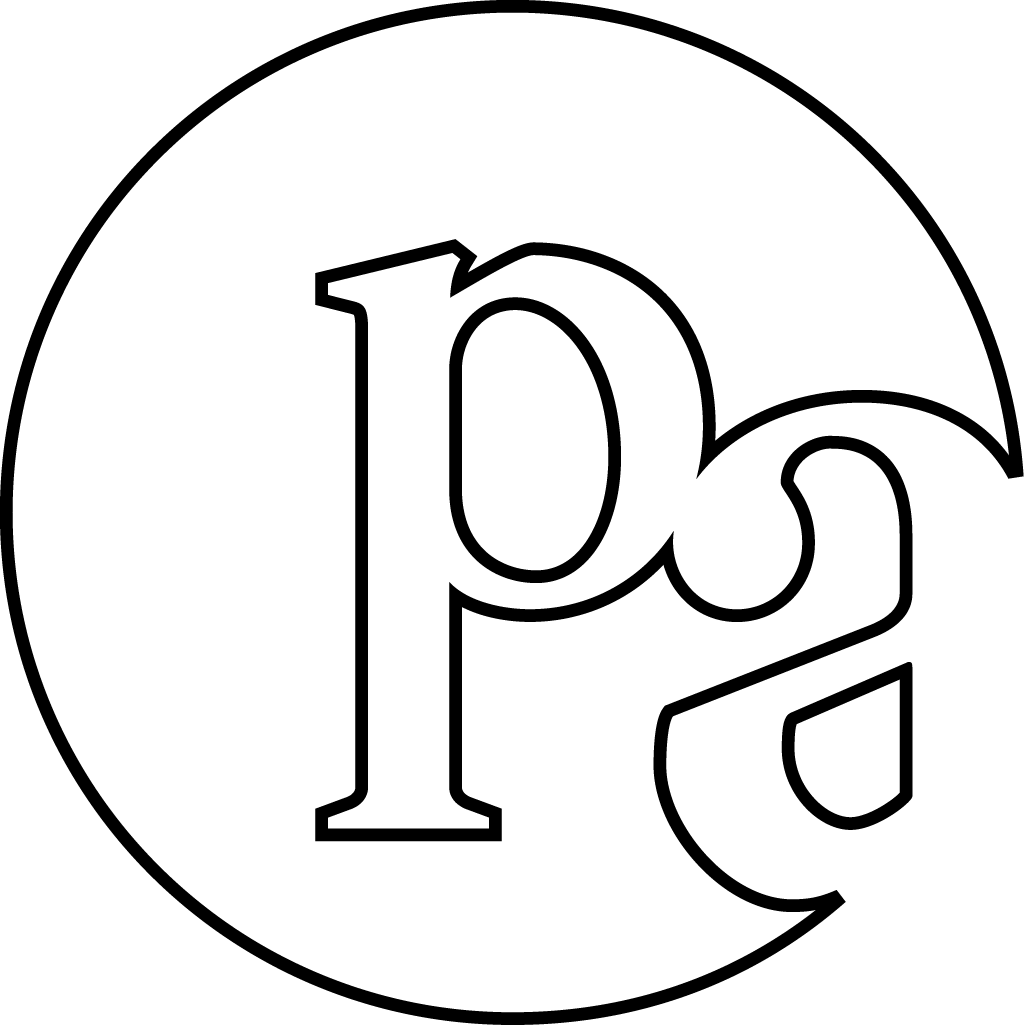 An investigation of local culture and architecture was carried out prior to the project, through which I could indentify some fundamental problems that could not only risk the security of the neighborhood but also destroy the local heritage.

As a result, a connector system has been proposed that seeks to offer a solution to some of these problems and also serve as a shelter.The system is a storm tank and an evacuation system in itself, linked to a seismic dissipation system as well.

Through a renovation of the general sewer system of a part of the neighborhood, water is channeled to three storm tanks. One of them, the palace in question, takes care of collecting water that is already filtered, either evacuating it with an external tube system or either keeping it for thermodynamic enjoyment.

The pond is considered as a walkable space for sensory enjoyment. It consists of a screen wall and a slab, on which there are prefabricated vaults that collect and control the water overflow. Above them, there is a seismic dissipater, which is responsible for separating both parts of the set and allows them to always protect those inside along with the rigid metal structure. It also gives the building a character of a shelter, beyond its character as a tea factory. It is proposed this way so that some platforms also improve the thermodynamic situation of other neighborhood buildings through a tea plantation.

The shelter is used in case of disasters as daytime emergency accommodation. All the pieces of the set are disassembled and transformed quickly, adopting the long tradition of the tatami. 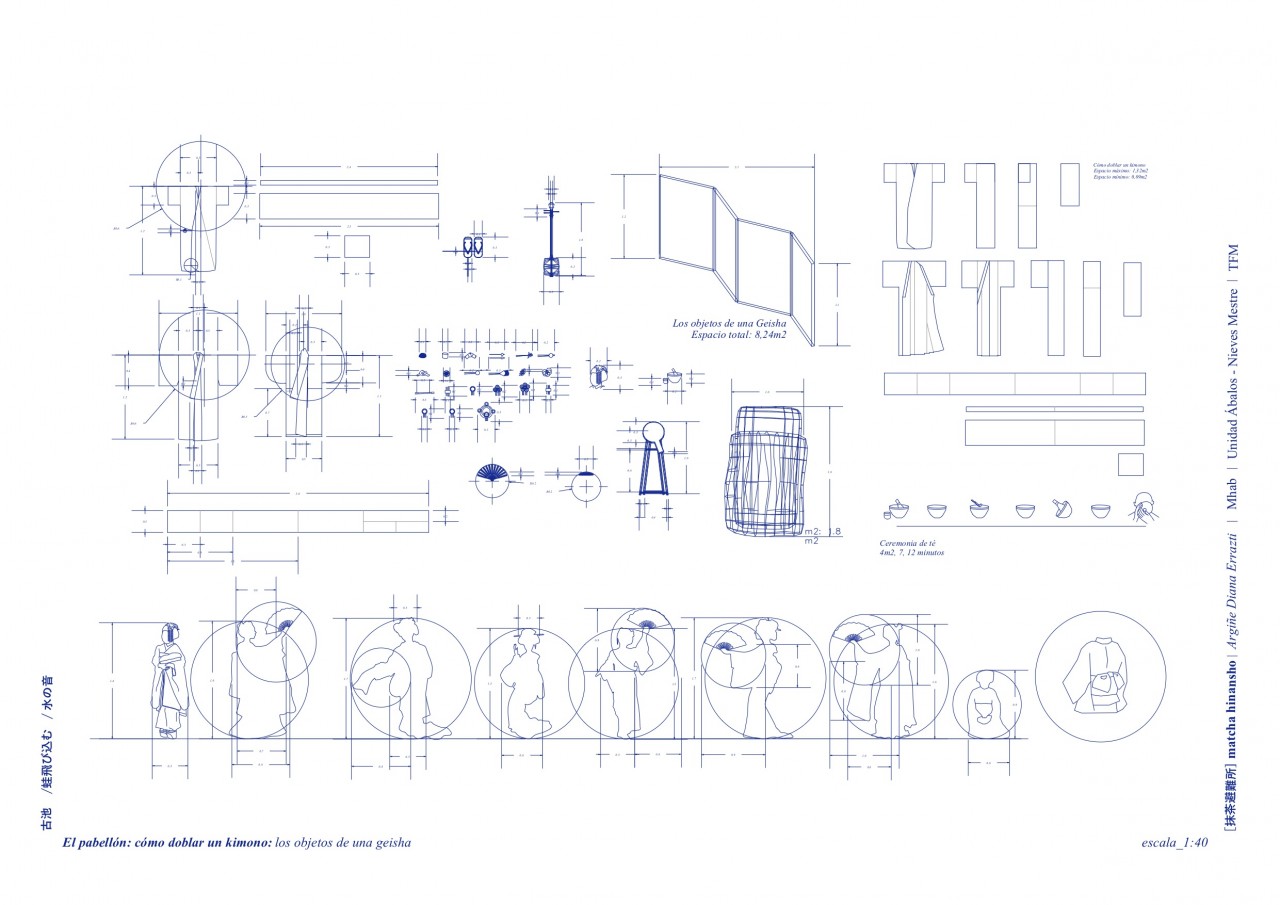 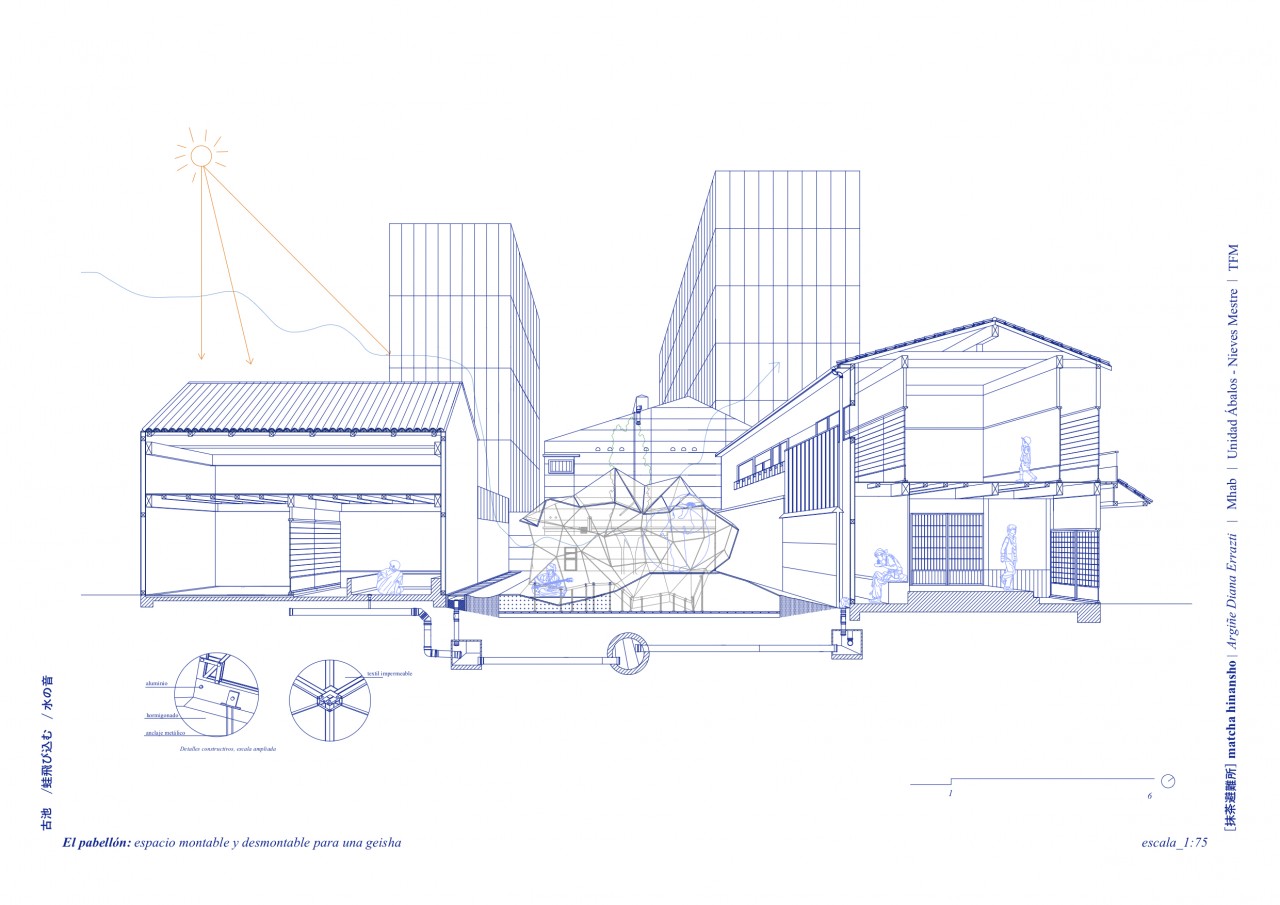 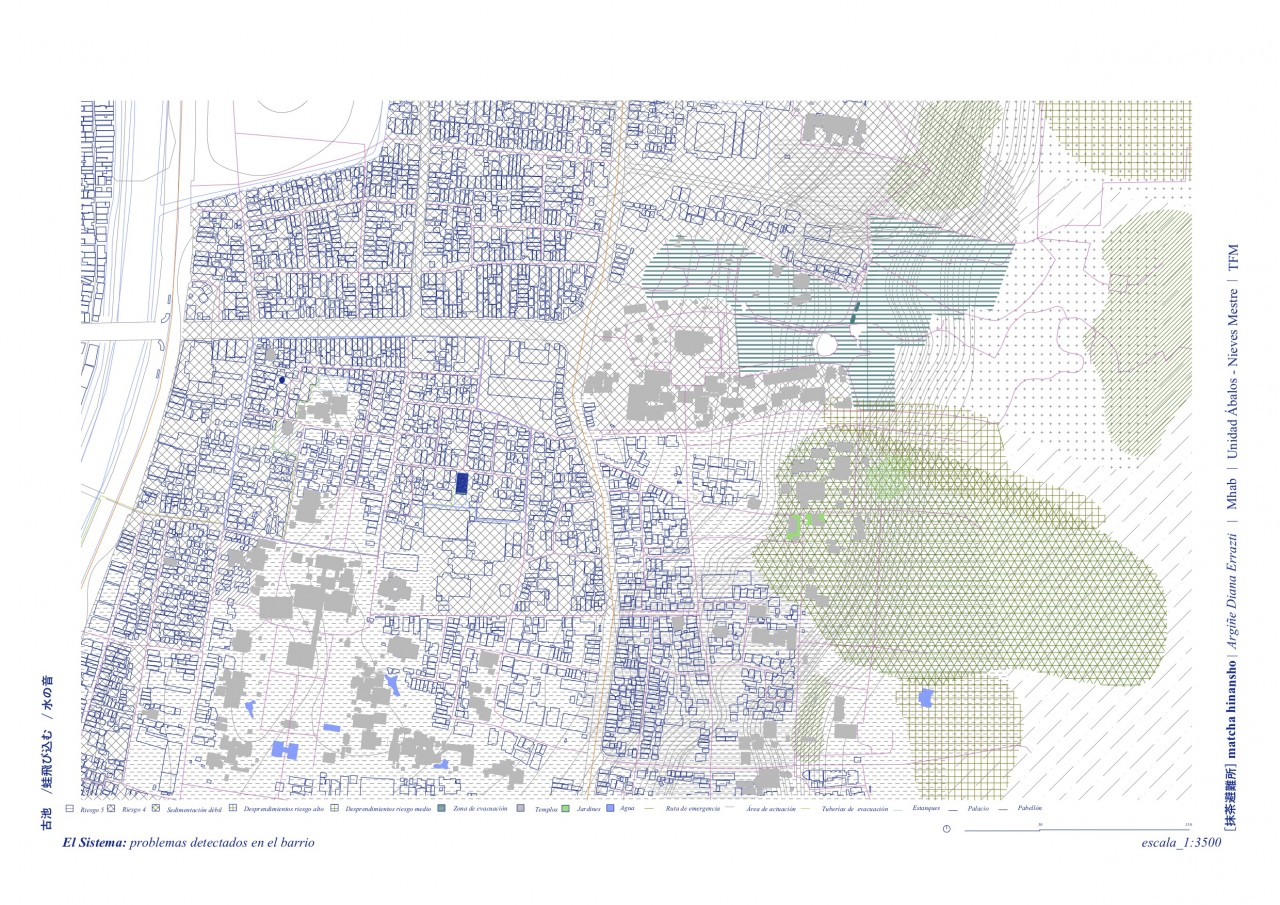 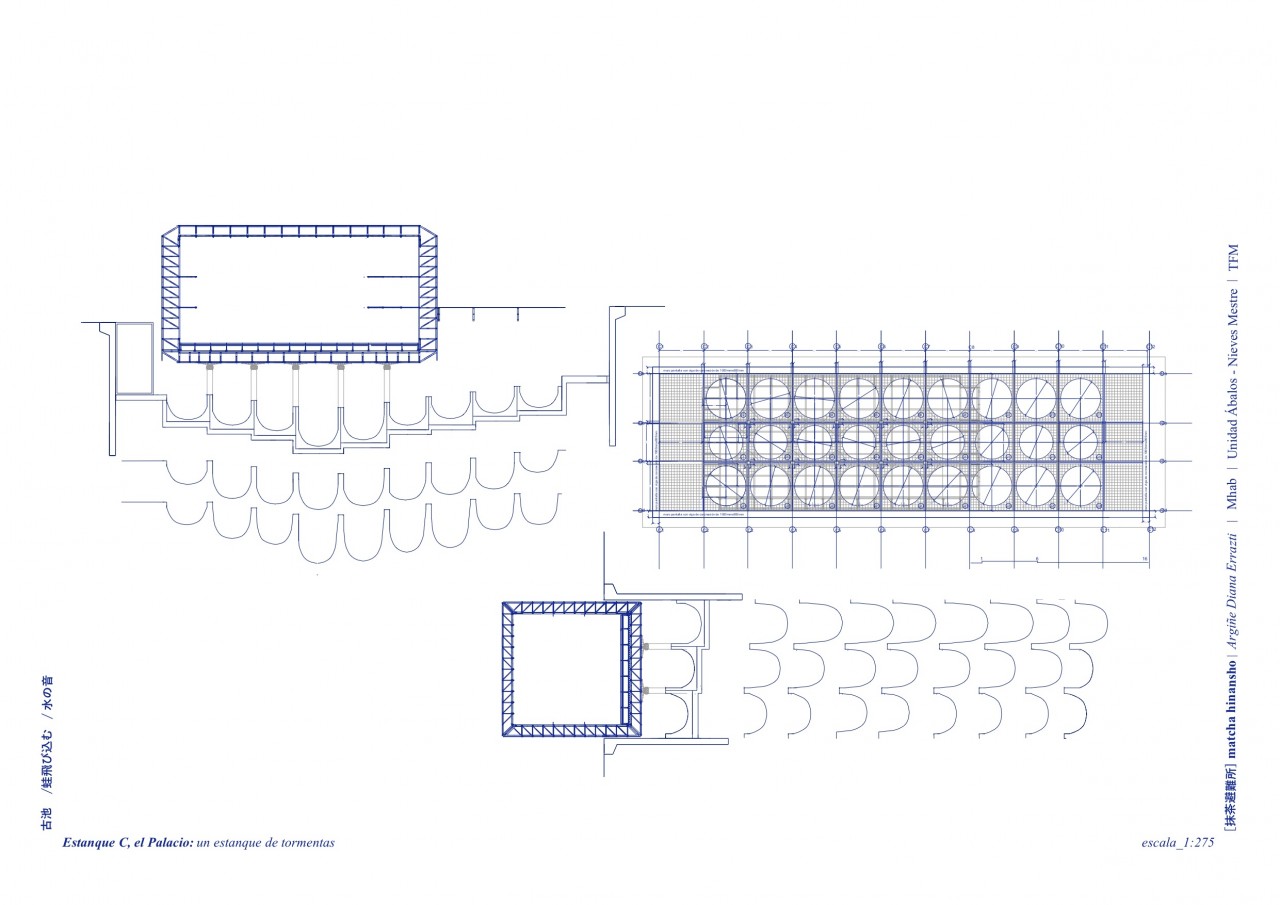 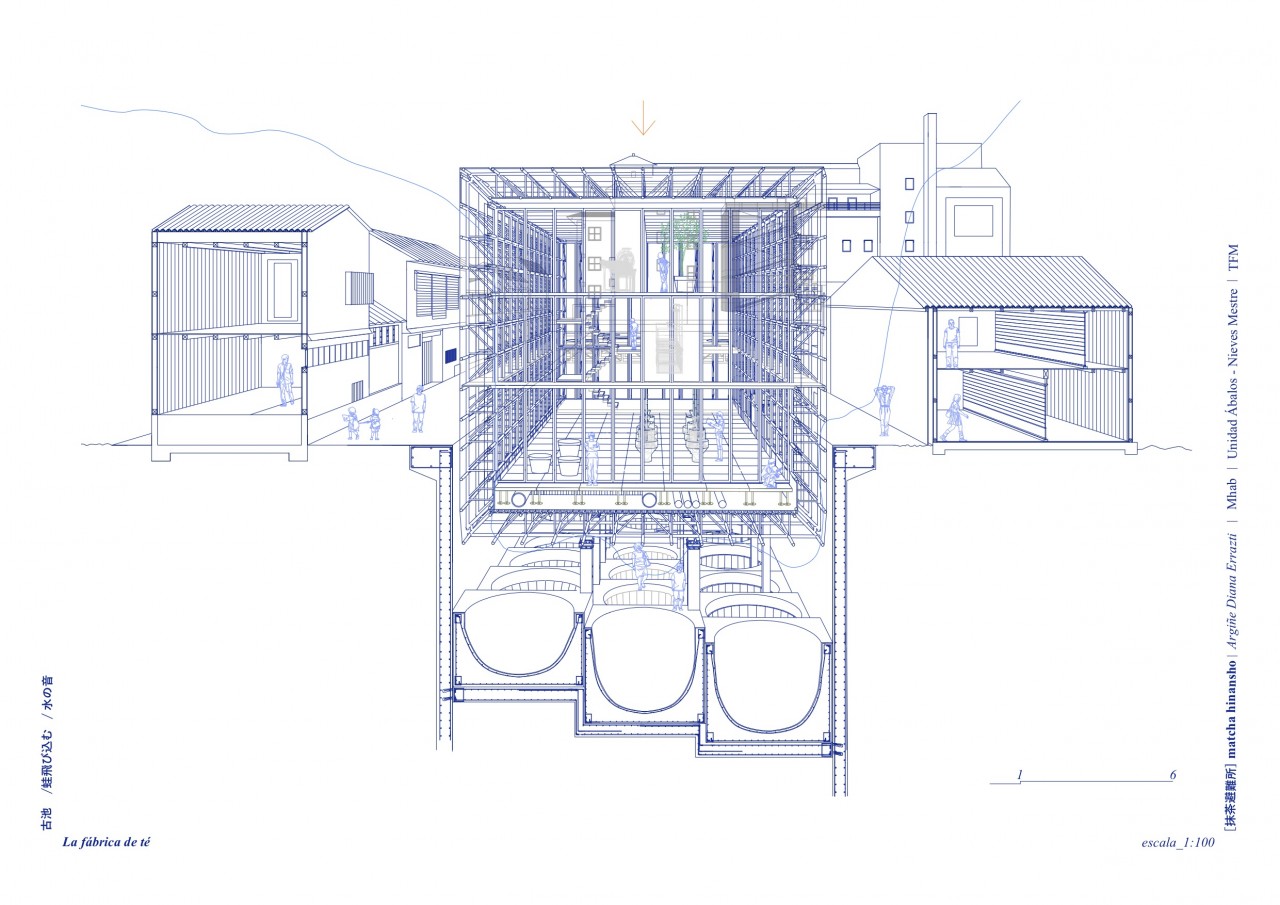 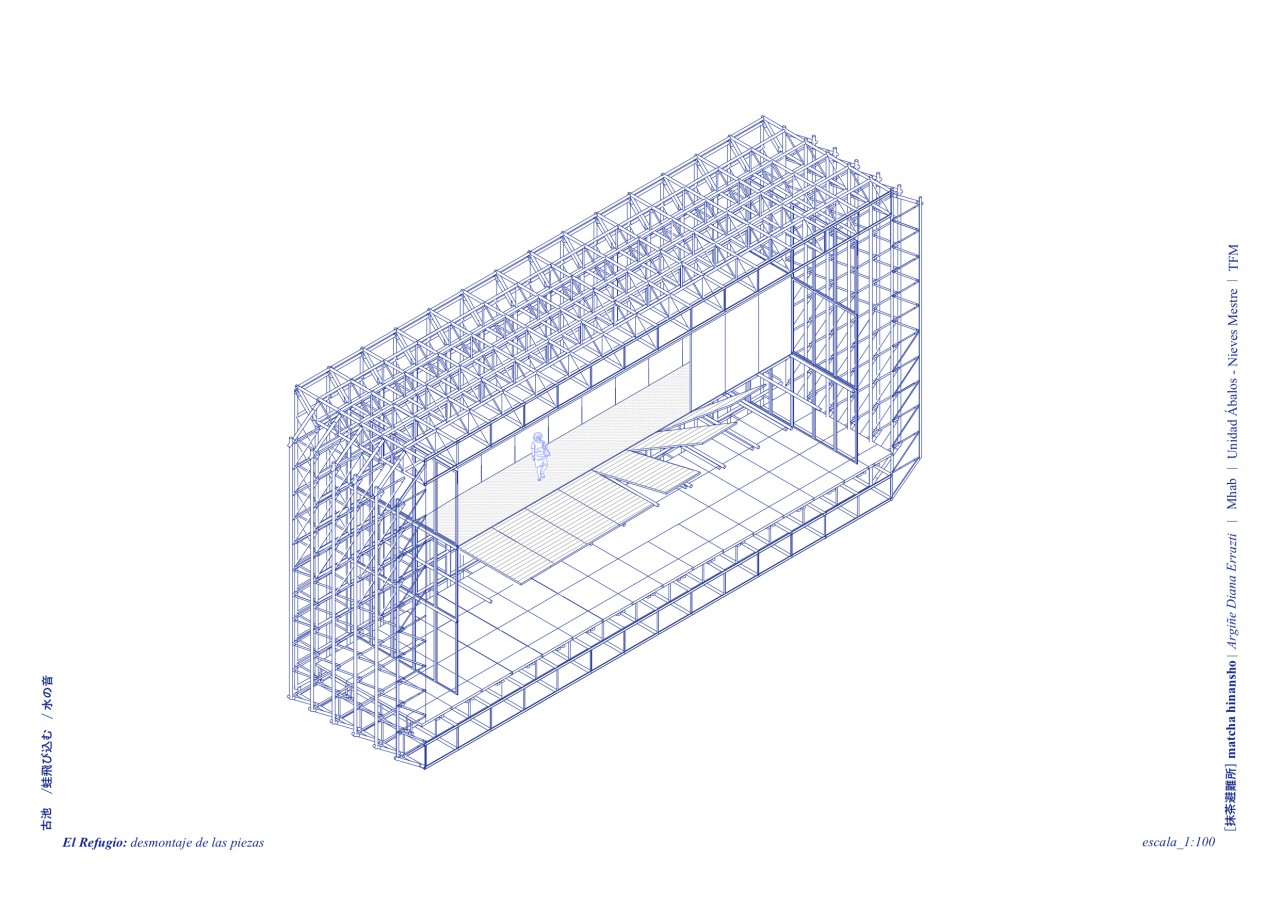 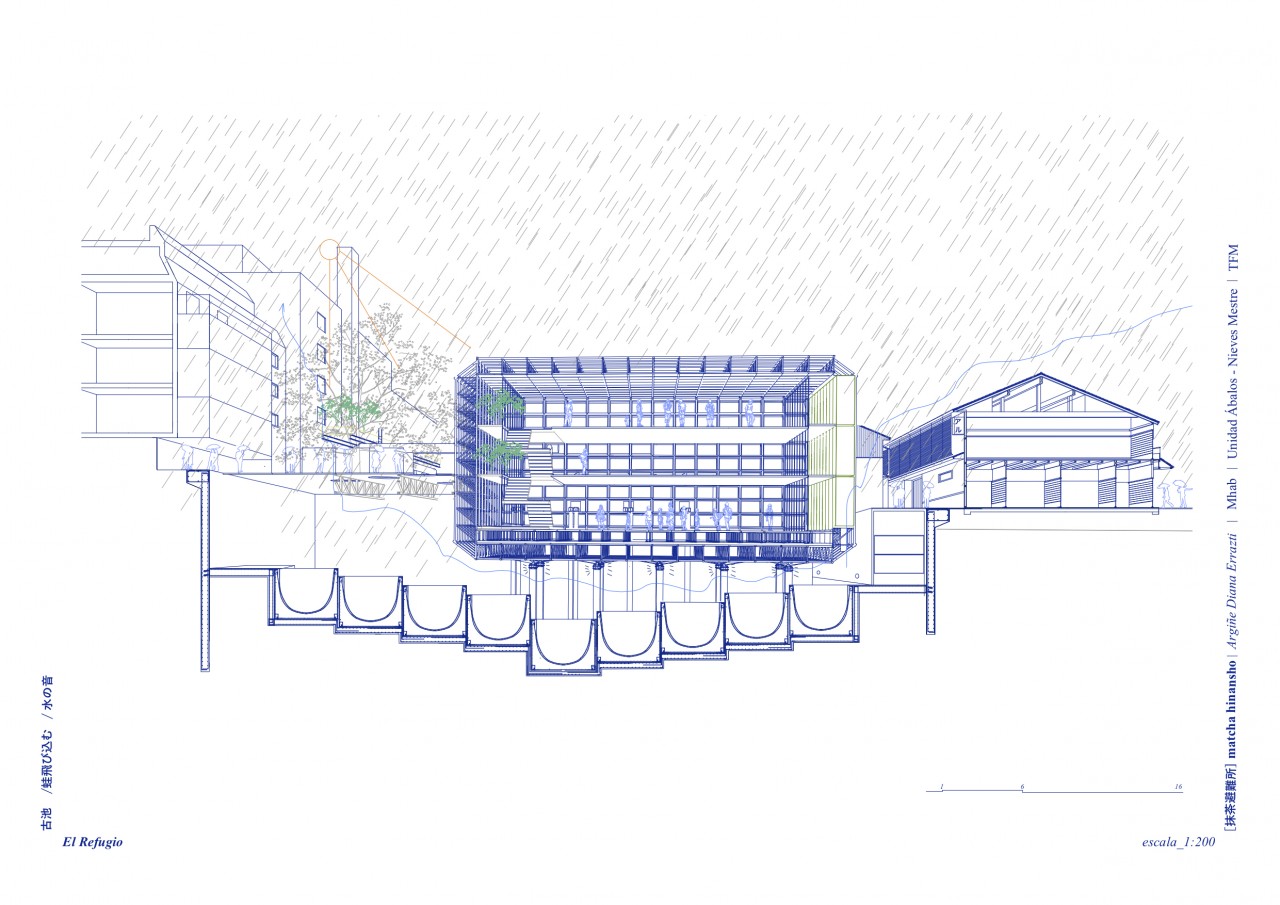 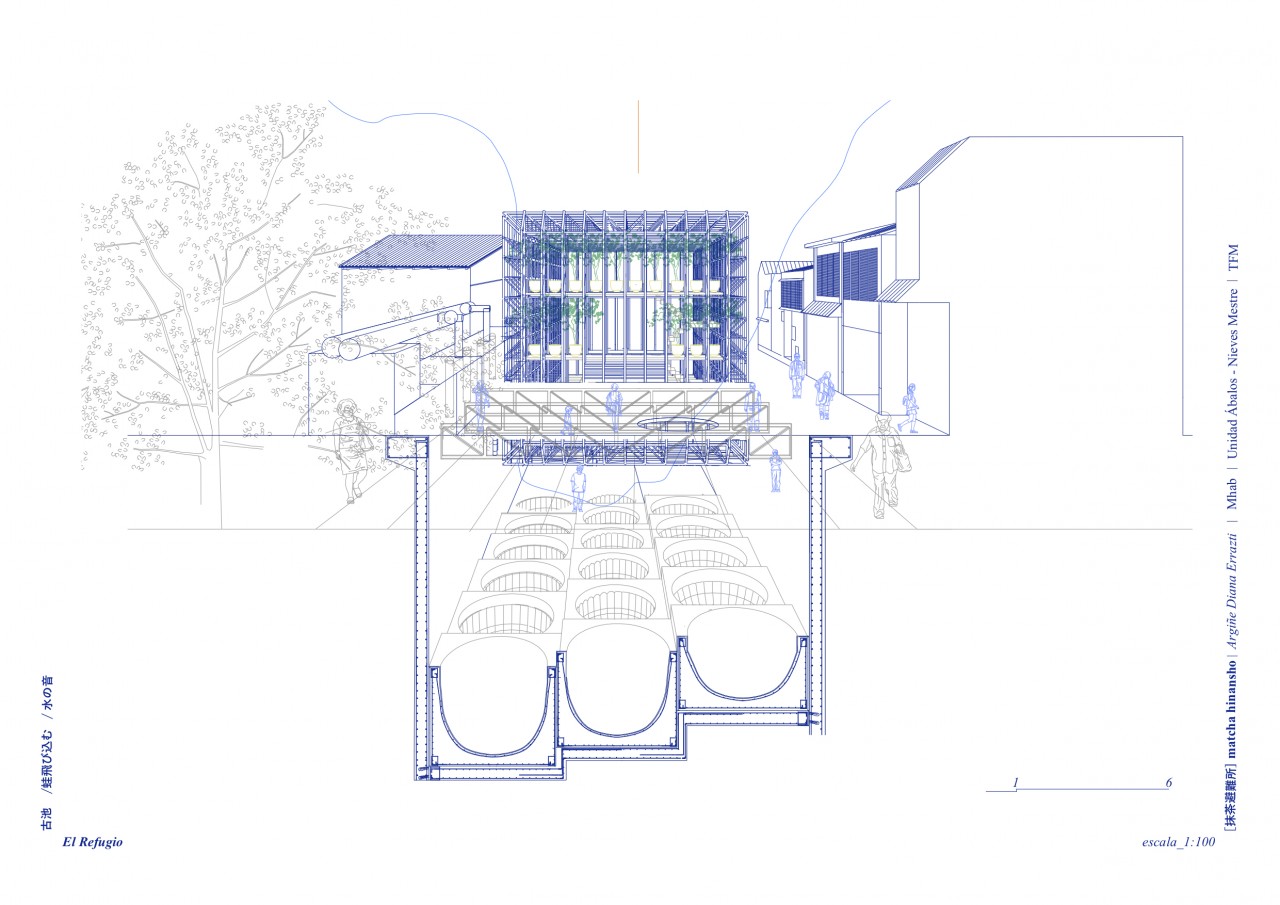 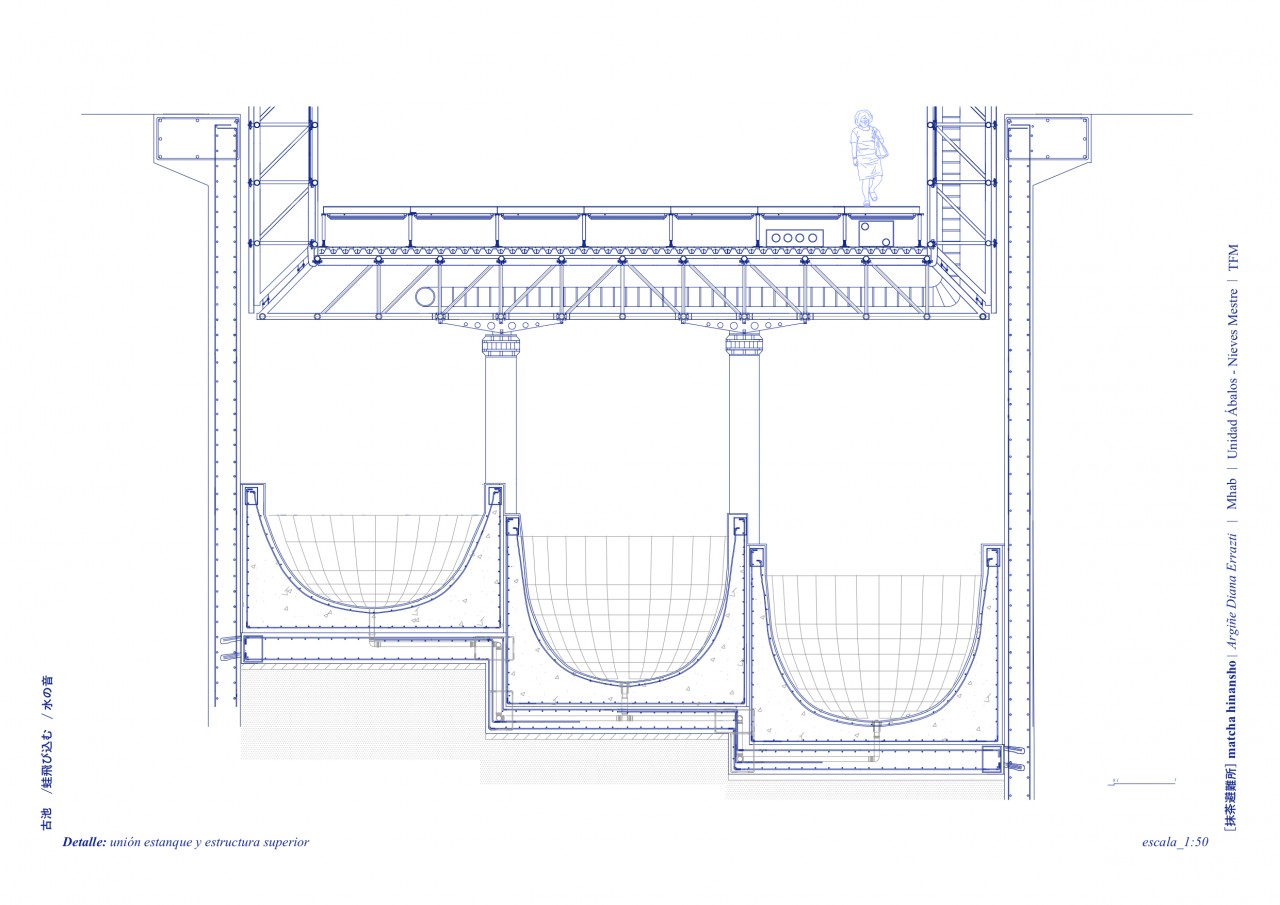 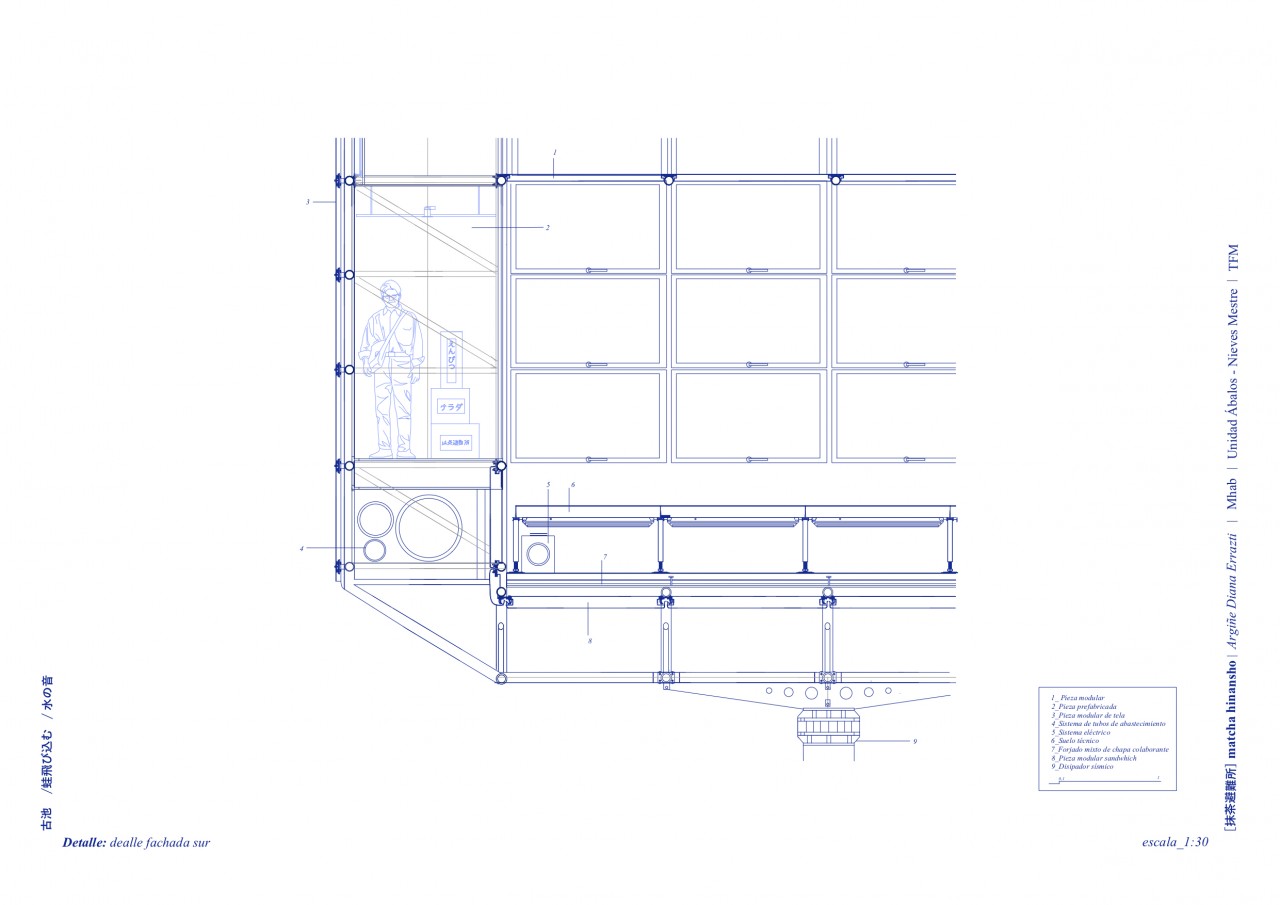 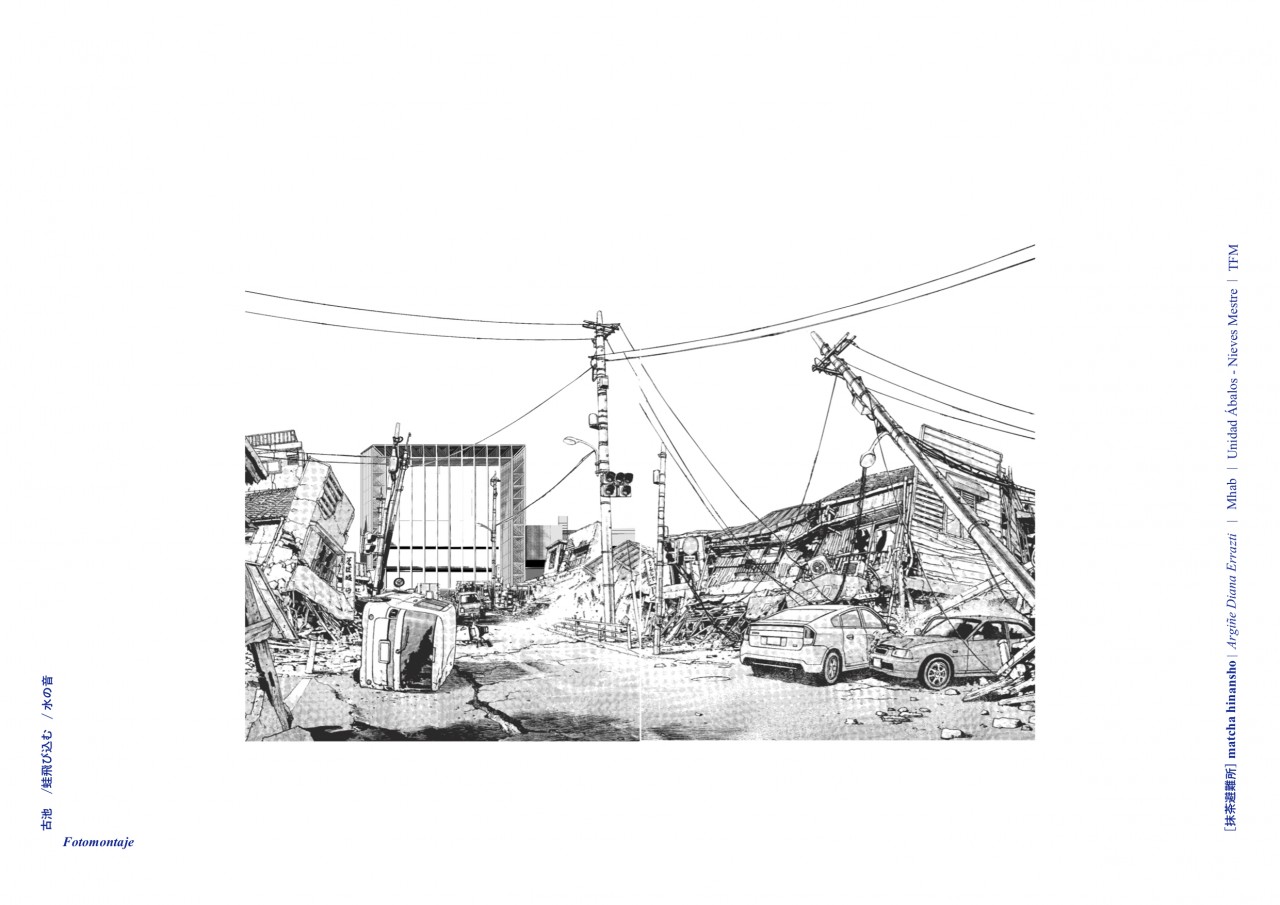