OPEN CITY: COBO CALLEJA 2067
by Belen Marzal
2017, Unit Ribot, Undergrad-P3, L
2067, society lives in a constant state of change, the useful life of what surrounds us is getting shorter and shorter, we are continuously overwhelmed with information.

In response to this society, the city should be equipped to answer to these changes. Those cities or parts of them that are not able to evolve and adapt become obsolete and useless.

What remains constant? What should evolve with society?

Historically, the architect decided on behalf of the user, but users are developing a growing interest to be part of these decisions. To confront this, there should be a difference between the fixed and proposed by the architect (support) and flexible, where the user has an opinion.

The context of the project is the complex industrial polygon Cobo Calleja (Fuenlabrada). The project aims to enhance the existing polygon to reuse the maximum. It is its structural modulation and the importance of its current uses that give way to the project, taking as minimum unit of intervention the cradle of the ships. The predominant use is the wholesale trade, large number of ships randomly distributed by the polygon offering the same products. To face this, it is proposed to make the Street of Manuel Cobo Calleja a street showcase formed by small shops distributed by crejías that give to a mixed public space; where pedestrians and vehicles coexist thanks to a rolled mechanical tape that takes to the vertical automated parking.

Boosting this public space emerges a new one on the ships (quota 10 m.) Achieved thanks to the reinforcement of the current structure. This one is organized in bands: the outer bands are destined to the vegetation for having greater song and the interior strip is used as a walk. The vegetation in turn is divided in two strips, in the more interior zone there are the shrubs whose pots have less depth; and in the outside, the trees with the bigger maclets.
In order for this garden area to be possible it is necessary a watering system that takes advantage of the rainwater and uses the structure of the cradle to deposit it.

In terms of furniture and uses (kiosks, reading points and work ... [flexible uses]) in the new public space, a catalog is proposed that is fit to the structure of the cradle (in the most central vegetation band named above) provision of a package of facilities (electricity, potable water, internet ...) that allow for the creation of an area of an assembly of uses.

From this new dimension arises the vertical constructions. On the one hand, we propose a temporary housing building, which surges from the idea that the Western world has of China, since after analyzing that one of the factors that attract the Spanish buyer to Cobo Calleja is its Chinese spirit. It consists of a tower with a central courtyard which is organized radially by its circular shape in the plan.

On the other hand, the modular towers of flexible use based on the idea of Open-Building that separates the support of the filling. Being the support what is fixed and proposed by the architect and the filling what the user decides. Each tower is joined by a core of outdoor communications that houses the facilities. Taking a step beyond the flexibility of Open-Building these towers are combinable by modifying only the position of the core and communicated by gateways 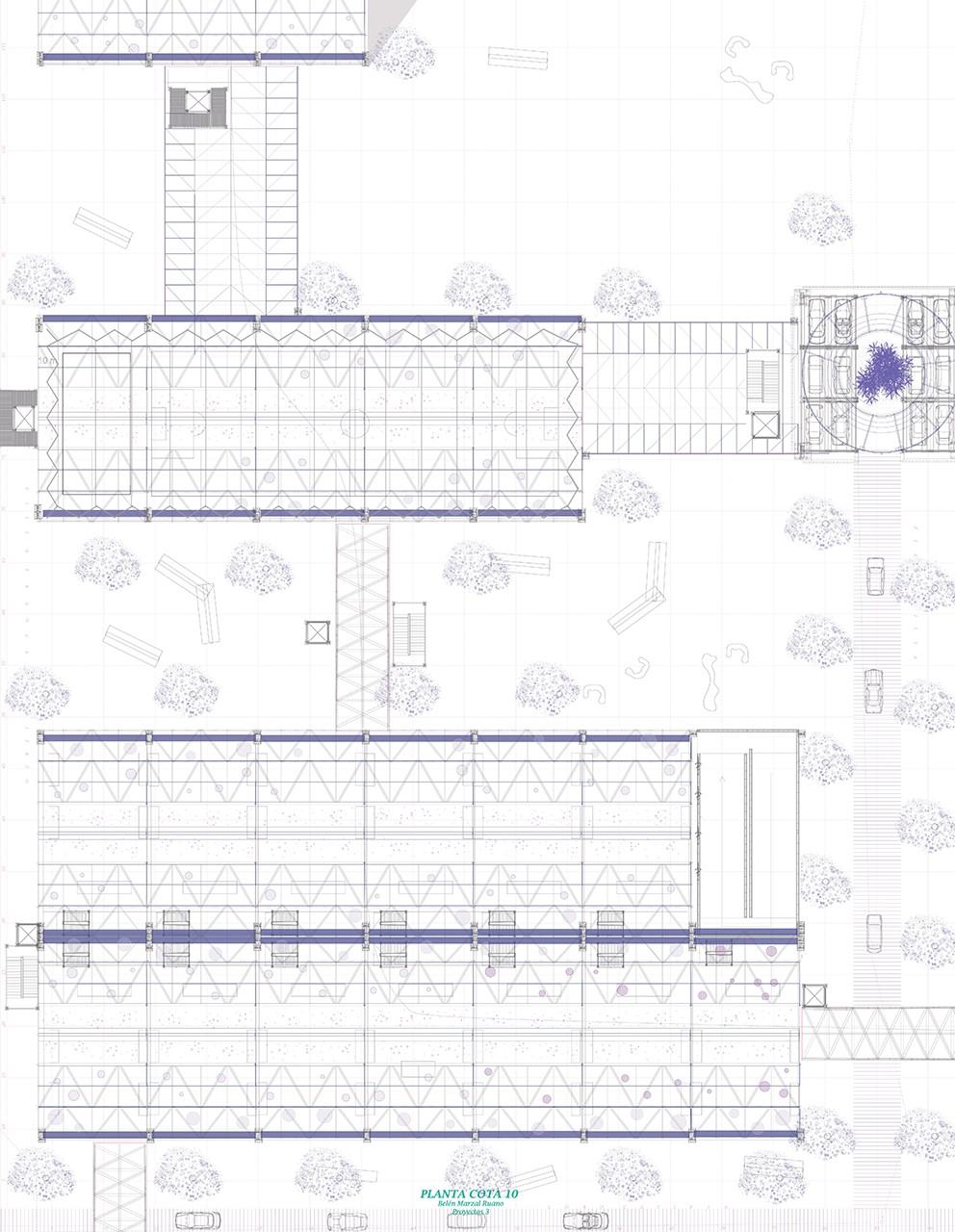 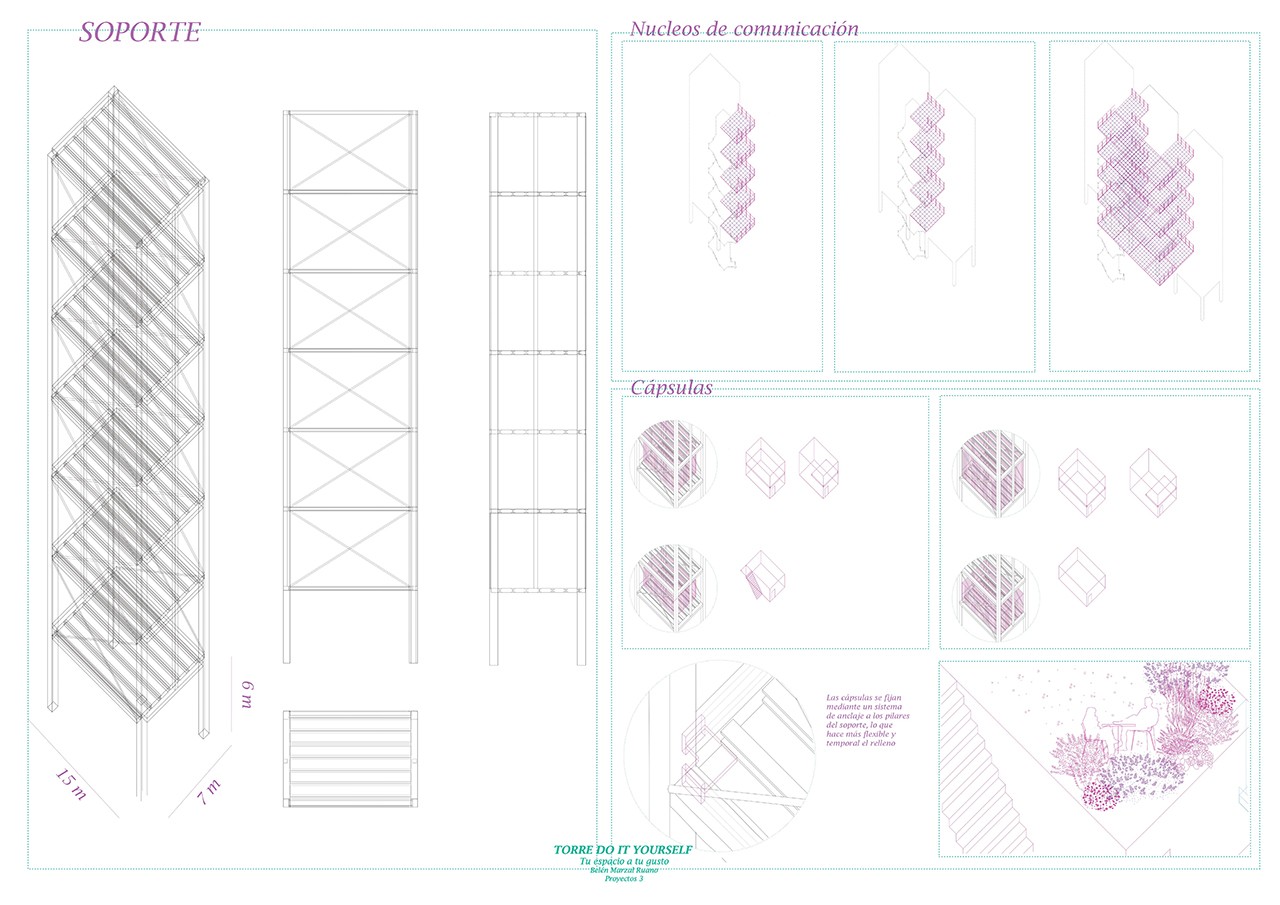 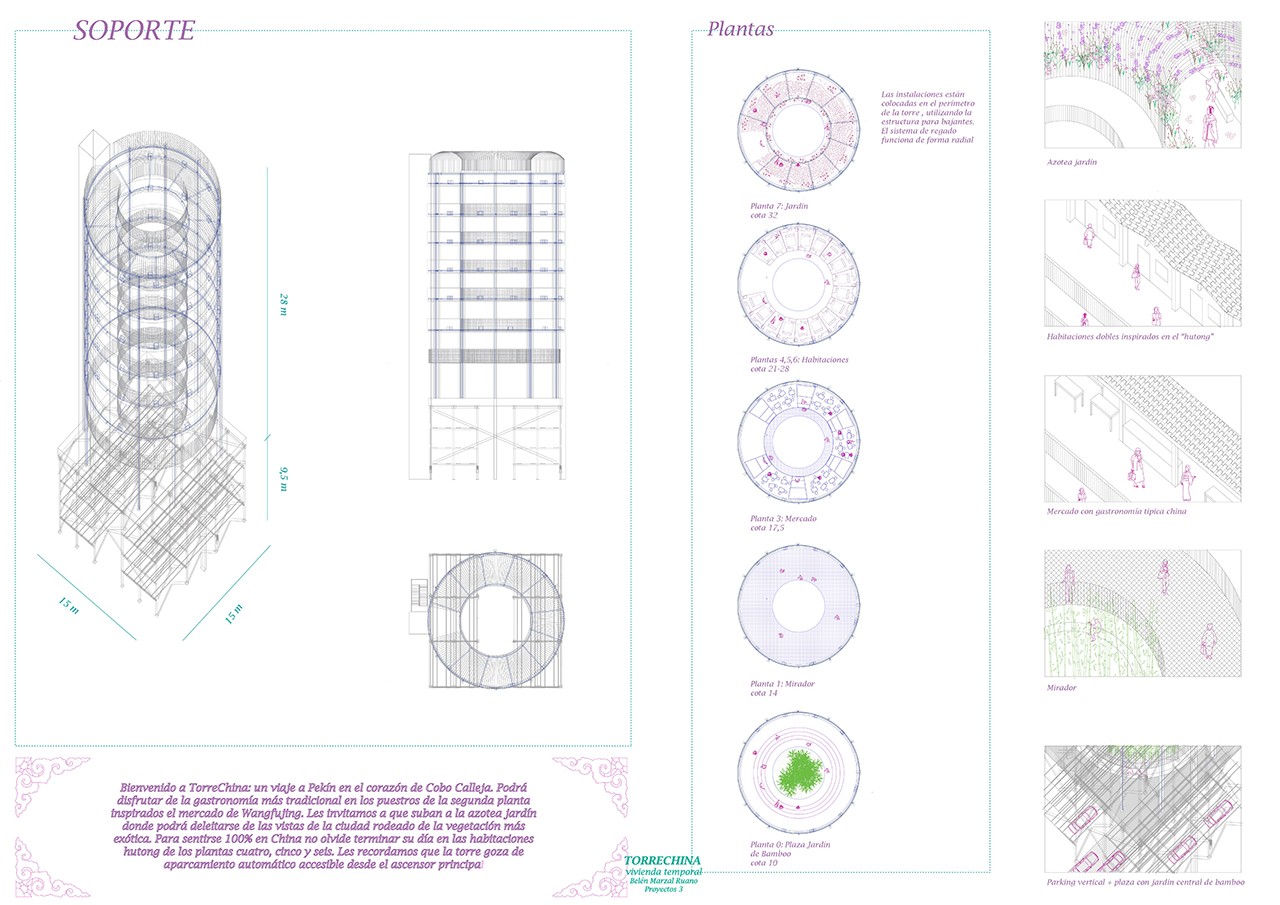 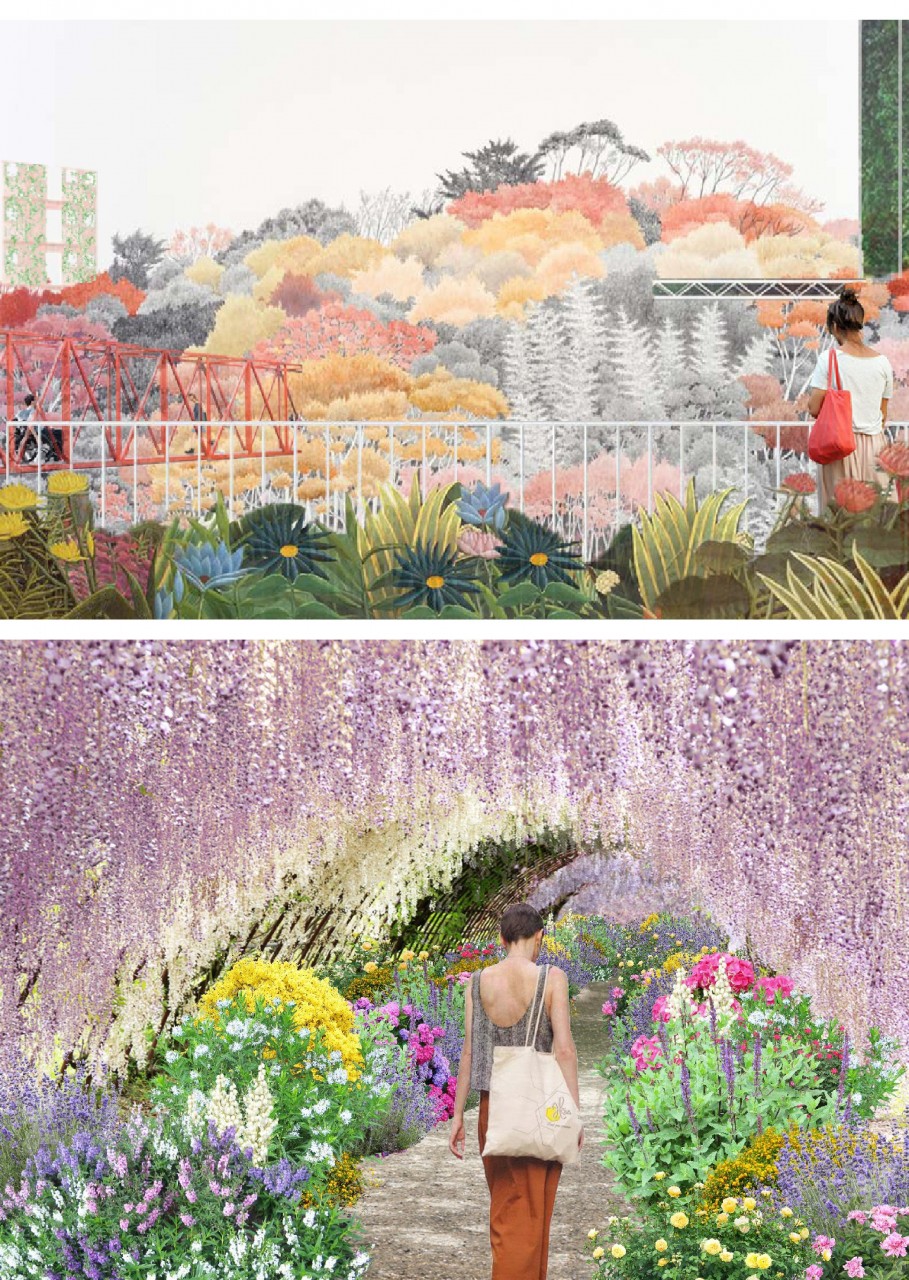